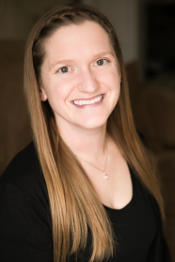 Christine started working for the International Music Camp in 2005 as a Dean of Girls and is currently one of the two Camp Directors.  She taught orchestra (grades 5-12) for five years in Sun Prairie and Chippewa Falls, Wisconsin, and most recently in Hong Kong.  Christine holds a Master in Education – Professional Development degree from the University of Wisconsin – Eau Claire and a Bachelor of Science in Music Education (Instrumental) from Minnesota State University – Mankato. She currently plays viola in the Minot Symphony Orchestra and for twenty-five years has been playing viola either in the section or as section principal in the Mesquite Symphony Orchestra, Mankato Symphony Orchestra, Madison Community Orchestra, Chippewa Valley Symphony Orchestra, and the Hong Kong Chamber Orchestra. Christine is President of the Minot Symphony Association Board of Directors. Christine also conducts the Minot Community Concert Band with Tim and plays percussion in the ensemble. Christine and Tim received the NDMEA Distinguished Service Award in 2019.

In her free time she enjoys walking half marathons, being outdoors, yoga, photography, exploring the world, her dog Sunshine, and drinking hot tea (black) with honey.

Tim began working at the International Music Camp in the summer of 2005 as a Dean of Boys and is currently serving as Camp Director with his wife Christine. He taught concert band, jazz band, and marching band at Chippewa Falls High School in Wisconsin for four years and elementary general music and choir in Hong Kong for one year. Tim received his Bachelor of Music Education degree from the University of Wisconsin – Eau Claire where he specialized in oboe and piano. He has worked as a piano and oboe instructor and church accompanist and served as the principal oboist of the Chippewa Valley Symphony and second oboe of the Eau Claire Chamber Orchestra. Tim currently plays oboe and English Horn in the Minot Symphony Orchestra. He also conducts the Minot Community Concert Band with Christine and plays in the ensemble. Tim and Christine received the NDMEA Distinguished Service Award in 2019.

Running, swimming, and biking, making good food, reading, his dog Sunshine, and exploring are some of his favorite hobbies. 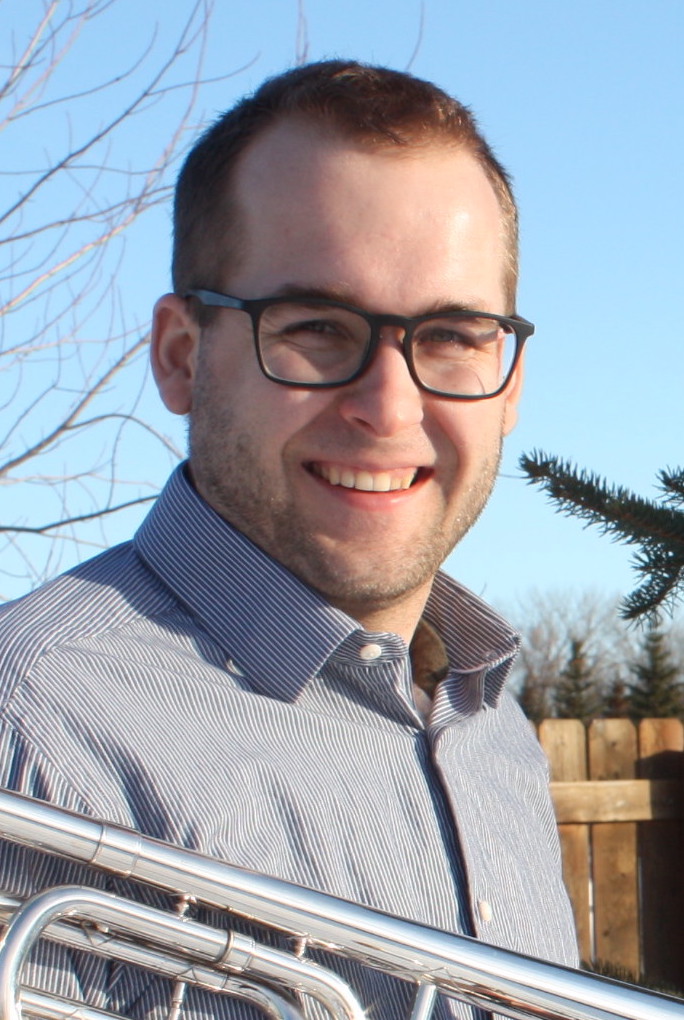 Sean is a trombonist who studied Music at the University of North Dakota and has performed at the North Dakota Music Educators Association Conference with the UND Wind Ensemble. In 2017, they helped host the first Trombone Day at the University of North Dakota, an event that gathered trombone players from across the US and Canada for master classes and performances. Sean has a number of years in customer service as both a Barista at Starbucks and in the Instrument Department of Poppler’s Music in Grand Forks. 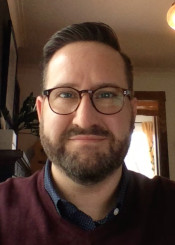 Brent joined the IMC team in 2000 as a Dean of Boys and also served one summer as Director of Students. He is currently President of the Canadian Board of Directors, where he has served since 2004 and has worked year-round for IMC in the part-time role of Canadian Representative since 2005.

Brent is passionate about music education, and community building through music, and currently serves as the Director of Education and Community at the Winnipeg Symphony Orchestra. He has extensive arts management experience through his work as a music educator, with performing arts organizations, in the music industry, and with not-for-profit organizations and boards.

Brent holds undergraduate degrees in Music and Education from the University of Manitoba and is fluently bilingual in English and French. Brent has taught band, jazz band and exploratory band at the middle years and high school levels at schools inside and outside of Winnipeg. Brent is an active musician and currently plays tenor saxophone in the Winnipeg Wind Ensemble.

Joint Board of Directors